To warm up, let's start with the simplest option. What is the button next to the automatic transmission selector in the third-generation Toyota RAV4? No symbols on the button or next to it!

Elementary! This is the selector lock button (Shift Lock), which allows you to move the lever to the neutral position when the engine is stopped. To use the function, you will need to use both hands: press the button with one hand, and move the selector to the n position with the other.

On other machines the Shift Lock could be hiding under the plugs.

And it is also "tojtovska" trick. Judging by the icon, the button is somehow connected to the speakers (speakers, speaker system) of the car. And those familiar with English will say that Party Mode translates as "party mode". Indeed, this button in old Toyotas changed the sound of the audio system: the sound distribution went mainly to the rear speakers with low-frequency amplification. Open the trunk door and dance on the lawn.

Judging by the icons, this button should do the same --- turn on/off the special sound mode of the audio system. But in fact, this is turning on/off the all-round view system with the detection of moving objects (Around View Monitor) in the Nissan Note e12.

But back to Toyota. What do you think this button is responsible for in the 2016 Toyota Tacoma? However, similar buttons (and an icon) can be seen in other machines.

This is simply turning on / off the induction (wireless) charging panel for your mobile phone. Just below is a special niche for a smartphone (which may have the same symbol).

This" chip " is familiar to Subaru owners. It is called Party cat. Try translating, knowing that party is a party and cat is a cat or a cat. Subarists have long speculated about what this is, until it turned out that the button can assign each radio station a different category, programming the playback of certain genres of music --- for example, rock. And at the touch of a button, the radio will search for the next channel with rock music.

And again Toyota. This brand will be the most mentioned today. And this is Tacoma again, but in the sample of 2020. The icon on the button hints that it has something to do with off-road driving. But what does the MTS abbreviation mean? Very simple, Multi-Terrain Select, an off-road assistance system that allows you to select the driving mode depending on what is under the wheels: large or small stones, dirt or sand, snow... and the Crawl button (to the right of the mode selection washer) activates the "crawling" mode, which allows you to remove your foot from the accelerator pedal for uniform off-road movement.

And this button is from the BMW Arsenal. Try to guess what it does. It is clear that BC is also an abbreviation. It turns out that you can use it to switch the modes of the onboard computer --- sequentially or in a user-programmed order.

See the next page for more information. 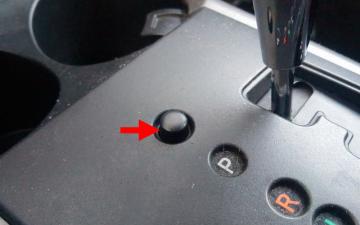