A child driving a Subaru WRX S4? Our police are calm!

A video from Vladivostok appeared in social networks showing an extremely young driver driving a sports car without license plates.

The author of the video catches up with the Subaru WRX S4 sports sedan: a car without license plates, and a boy is driving. To get to the pedals, I pulled the chair almost close. Everyone decided that he was only ten years old, and he really looked like that! The drivers drew the attention of the police, who began checking.

It turned out that Nikita, an 18-year-old resident of Vladivostok, was driving, and he received his driver's license in October 2019. Nikita is constantly faced with the fact that he is mistaken for a child, and does not take offense. On the contrary, even on his Instagram page, he wrote: "The same Guy on a Subaru Wrx." He works and studies in absentia. And on the day when he was "caught" driving on the road, he was taking his grandmother to the clinic. So in General, an ordinary guy. It just looks too young, but this is unfortunately temporary. 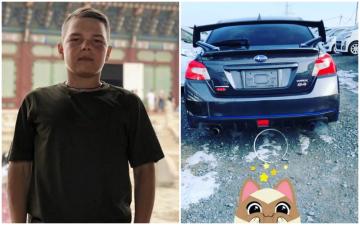