Materials on the topic I didn't steal, I just warmed up! - the thief reached the Supreme court

A study conducted in 30 Russian cities by analysts at Delta security Systems found that 58% of owners were concerned about the possibility of their cars being stolen. At the same time, for 3.5% of respondents, the fear of stealing a car has turned into a mania that haunts them constantly, and 22% of people have dreams in which their car is stolen.

Despite their fears, only 31% of car owners surveyed took measures to protect their vehicles, for example by installing a satellite anti-theft system. It should be noted that any additional obstacles in the way of intruders significantly reduce the risk of car theft-thieves are likely to choose a more accessible victim. But 62% of those who have not installed additional security measures are not going to make life difficult for hijackers, and 32% are in thought. And only 6% intend to purchase them in the near future.

In addition to theft, there are other risks associated with the safety of cars. Thus, 59% of respondents have experienced vandalism, the most common type of which (51%) is the opening of the salon. In second place (32%) is a tire puncture (23%). The category of "other", including scratches and theft of parts, includes 37% of cases. In 14% of cases, cars were stolen in order to "just ride" --- a frequent response of caught motorists, since such an act provides a less severe punishment than for theft.

At the time of theft, most owners immediately call the police. Less people try to look for a machine in a different location, thinking that I had forgotten where I left it. The top three frequent responses also included "called friends and relatives". Among the reactions to the carjacking is also listed as irrational " swearing, crying, shouting, taking alcohol." 10% of car owners take part in the search personally.

According to statistics, most cars are stolen in late summer or early autumn, choosing weekdays for this purpose. The most popular foreign cars are Toyota Camry , Hyundai Solaris and Sonata , as well as Kia Rio and Optima . 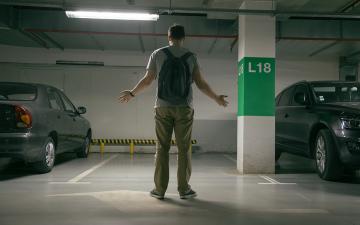