Peugeot 208 GTi (rendered above) may appear this October in concept guise PSE, as on 508, is new hot tag

Peugeot could bring back the GTi badge on a future high-performance version of the 208 , with the firm's boss scotching rumours that the sub-brand has been ditched entirely.

CEO Jean-Philippe Imparato said that although the GTi badge will always be associated with internal-combustion-engined (ICE) cars, it "remained important" to Peugeot . The firm has recently introduced the Peugeot Sport Engineered (PSE) badge on a hot plug-in hybrid version of the 508 , a nameplate that's set to be used on further performance Peugeot models.

The exception to that, though, would be the 208 and possibly then even only for the UK market. "In the UK, GTi has a real sense," said Imparato. "We are working on what could be the GTi of the future. If one car has it [a GTi badge], it would be the 208, even if it's electric. For the rest, it would be PSE." 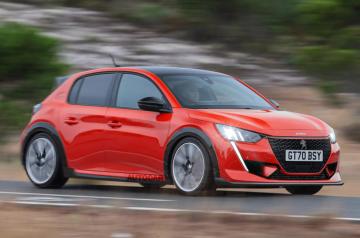