When I first saw the seven-seat Tiggo 8 at a closed screening, I couldn't help but praise it. Well, really, it looks great both inside and out. But everything is learned in comparison, and better in movement.

In the same days, the Skoda Karok was presented at a similar price of 1.7 million, But the Chinese has one more row of seats, so it swings at the Kodiak. I take the Kodiak, but keep the Karok in mind.

About how the comparison went, read and watch the video

The historian found out what killed Peter I

Motorists have found a clever way not to pay fines: the traffic police are powerless

How in the XIX century they tried to treat manual labor

Do not take in any case: which cars are better to avoid

The envy of the Greek Libertines. How to have fun in Ancient Babylon 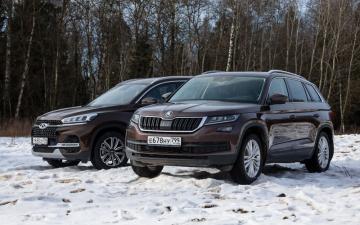