First it was Lamborghini to close its factory, then Ferrari. And now, with worldwide efforts to contain the coronavirus pandemic escalating, it seems every carmaker is now closing its door temporarily.

In the UK, Rolls-Royce will be stopping production in Goodwood from March 23 for two weeks, as confirmed with an official statement. Across Europe, FCA, Renault and Groupe PSA announced they were closing a total of 35 factories until the end of March. Even Ducati is joining its Italian compatriots in temporarily closing its doors.

Volkswagen has also suspended all European production, as have Porsche and Daimler, the parent company of Mercedes-Benz. We have yet to hear from German counterpart Audi on its plans but BMW has confirmed temporary plant closures in Europe and South Africa, along with its BMW Welt, BMW Museum and BMW Group Classic, until further notice.

Across in North America meanwhile, Ford, General Motors and FCA are shutting down production until the end of March, with Volkswagen, Nissan, Hyundai, Toyota and Honda also closing their factories here. The one Mercedes factory in Vance, Alabama, will shutter soon, mainly due to a lack of parts from Europe. These factory closures coincide with various delays in vehicle debuts, such as the much-anticipated Ford Bronco.

While most of these work stoppages are scheduled only until the end of March, it's unknown whether health concerns will be resolved by then, meaning it's entirely possible the shutdowns will continue. Millions of workers worldwide are being affected -- there are around 150,000 workers for Detroit's Big Three alone -- and marques will no doubt be hit badly when showroom product runs out. Admittedly, there are bigger things to worry about at the moment. 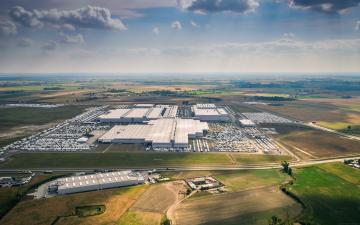