Porsche has announced record sales for 2019 at its annual financial presentation, just two days after closing its production facilities for two weeks as a result of the coronavirus pandemic .

Blume again confirmed that a pure-EV Macan , which Autocar revealed last year , is on schedule for launch in 2022.

Porsche's 2019 sales revenues went up 11% to €28.5bn and its operating profit went up to €4.4bn Euros, a rise of 3%. That would have been higher if it wasn't for a fine of €500m related to the Dieselgate scandal , which is expected to have finally been brought to an end.

Porsche's 2019 profit margin was 15.4%, the highest in the automotive world. Although other carmakers earned more money outright in 2019, nobody can beat the Stuttgart brand's return rate on its products. 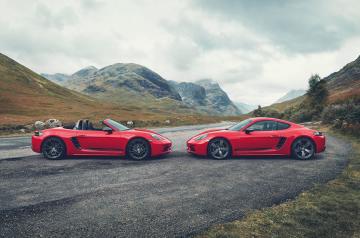