You've probably heard that car companies no longer wish to be known as car companies. These days, it is de rigueur to present yourself as a mobility company, unconstrained by the metaphorical straitjackets of four wheels and an engine.

What you may not know is that many car companies, and especially design divisions, have long had the freedom to move outside established automotive circles -- and few more so than Designworks , a California-based design consultancy set up in 1972 and bought by BMW in 1995 after it had built its reputation for forward thinking.

In essence, it's a subsidiary of BMW that is open for business to outsiders. So while its headline credits include early iterations of the BMW 3 and 8 Series and X5 and more recent work on the 5 Series , it is just as likely to be working on cabin designs for Singapore Airlines or a vision of the future of camping for The North Face.

"We work to a 50:50 model of working for BMW Group brands and for outside brands," says Designworks president Holger Hampf. "For BMW projects, we must compete internally to win the right to keep moving forward with designs, while for outside projects we operate with the aim of extending our learning but also of being a profit centre.

"In that sense, we are about entrepreneurial design. We don't want to work for anyone, but we do set ambitious financial targets that drive us into spaces of interest and allow us to provoke and learn in areas of mobility that perhaps the group wouldn't have time or resource to look at otherwise."

So here is a selection of some of the eye-catching projects that it has worked on. 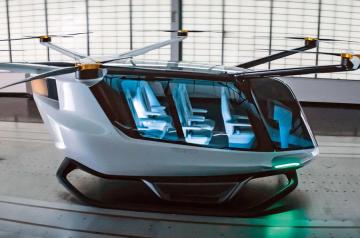