If you're a regular reader of Autocar, you're probably well-versed in the abbreviation WLTP. Worldwide Harmonised Light Vehicle Test Procedure is a new way of measuring vehicles' fuel economy and emissions, and it has appeared on our pages for a number of reasons.

First, there's been plenty of related news. For example, Audi sales in the UK fell by a fifth in 2018, due to WLTP. Porsche almost halved its sales in the first half of 2019, also due to WLTP. Plus, we've started to future-proof our first drive reviews and A-Z data pages by quoting only WLTP fuel economy and CO2 figures where possible, rather than those measured under the previous NEDC cycle.

It's easy to glaze over this stuff, but it's important for car buyers because it can affect how much money's in your pocket. What fuel consumption and CO2 figures should you be looking at to save a few quid or work out your company car tax: NEDC, WLTP, RDE? Confused? Then read on...

WLTP is a new testing procedure aimed at producing more real-world figures for fuel consumption and emissions than the outgoing one, NEDC (New European Driving Cycle). NEDC had been in play since the 1980s and, despite minor updates along the way, became outdated due to changes in technology and driving conditions.

Meanwhile, WLTP has been under discussion since 2008, with plans to finalise its regulation by 2018 and launch it by 2023. Then the Dieselgate scandal happened and the European Commission decided to accelerate the process, which gave car makers just 13 months to overhaul their models and complete all testing. WLTP became mandatory from 1 September 2018 for measuring CO2 emissions and fuel economy on all new cars in the EU. Confusingly, in the UK, labelling regulations meant that WLTP fuel economy values were introduced from 1 January 2019, but CO2 figures were not disclosed until 1 April 2020 to tally with changes in taxation. 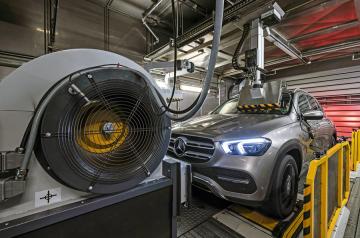