With the Covid-19 virus still a major threat, the world's doctors, nurses and hospital staff are under intense pressure for resources, not to mention their own health and well-being. As a result, we've seen many companies pitching in to help, whether it's producing personal protection equipment or finding other ways to make the lives of our first responders easier. And the family of Formula 1 is no exception.

Ron Dennis, formerly the head of McLaren Formula 1 team, is spearheading an initiative called SalutetheNHS.org, that will supply quality meals to staff of Britain's National Health Service for at least the next three months, for when they can't leave their posts. Dennis and his family have donated £1million ($1.2 million) to the initiative, and have garnered support from grocery and delivery companies in the U.K.

"This is a time when all of us, individuals and businesses alike, need to stand up and be counted in the effort to combat COVID-19. We're all in this together," said Dennis.

Dennis isn't the only link from F1 in the fight. Seven F1 teams based in the U.K. -- Haas, McLaren , Mercedes , Racing Point, Red Bull, Renault and Williams -- have formed what they call 'Project Pitlane', to use their engineering and building capabilities to produce ventilators and Continuous Positive Airway Pressure (CPAP) machines for hospitals desperate for more equipment. The Mercedes F1 team has also developed a new breathing apparatus and made its designs freely available to anyone who can build them. The reigning World Champion is currently building 1,000 a day from its engine factory in Brixworth, U.K.

"It is a phenomenal achievement that they are arriving at hospitals only two weeks after the first prototype was built," said Professor David Lomas, the Vice Provost Health at UCL Hospital in London. "It shows what can be done when universities, hospitals and industry work together for the national good." 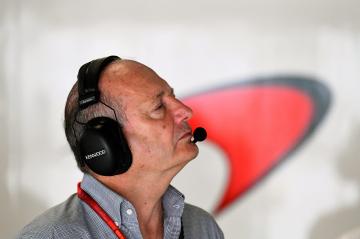