Official data from 28 mainstream vehicle manufacturers shows that operating profits fell by 11% across the sector in 2019.

The report also reveals the massive differences in operating margins between brands. Ferrari recorded a 23.2% operating margin last year, with each of the 10,131 cars it sold making more than €86,000 (£75,500). For context, Muñoz calculates that Ferrari makes as much profit from one car as BMW does from 50, Renault 122 and Nissan 926.

The overall profit drop is attributed primarily to legislative changes in China, which accounts for a significant 29% of worldwide vehicle sales, including the roll-out of stringent new 'China VI' emissions regulations and removal of government-backed financial incentives for electric vehicles. 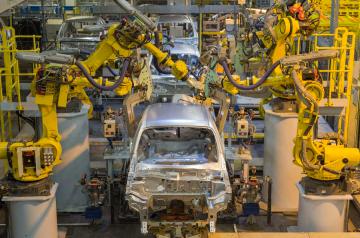