No bum steer: The importance of steering feel

This might seem a bold thing to say, but here goes: there's not a single attribute more important to the enjoyment of a car than the feel for the road derived through its steering. I'll go further: there's no single reason for the erosion of driving pleasure in recent years greater than the continued and continual loss of that feel. But what exactly is this feel whose passing I so lament?

When I teach younger writers about the business of road testing, it's the subject most likely to be raised, perhaps alongside determining the difference between primary and secondary ride. And for them it's a real problem, because it's hard to explain and harder still to understand. But for you who aren't charged with reaching opinions and justifying conclusions about your cars, you shouldn't be troubled at all.

Indeed, the reason I'm writing this is because a reader took the time to write in (thank you, Daniel Vernon), complaining that the Vauxhall Astra he drives has steering that's too light and lacks feel relative to that of the Ford Focuses he owned in the past.

What's interesting here is that Daniel hasn't merely spotted a problem -- his new car isn't as good to drive -- but has also identified its cause. I've heard countless people make this complaint over the years, but few know what lies at its heart. "I just really liked the way my old car drove" is the most familiar refrain. And I would bet plenty that, nine times out of 10, what has gone missing is steering feel. 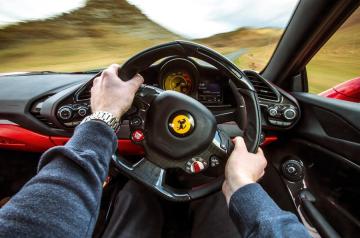