Despite healthy profits, DS is focused on building its premium credentials rather than selling more cars The city car segment may be dying, but Kia says the Picanto will live on Euro emissions regs mean that diesel VW Polos and Golfs will be too expensive to make Cupra's future rests on PHEVs, such as the hybrid Formentor SUV

In this week's round-up of automotive gossip, we hear why DS could be less fussed about volume, Volkswagen predicts the demise of small diesels and more.

DS Automobiles is "very profitable", according to PSA Europe boss Maxime Picat. Pre-lockdown, the brand saw increases in both sales and profits, yet PSA won't be chasing volume. Picat said the company is aware that it could take as many as 40 years to establish DS as a global premium brand. "We know it will take time to win hearts in the UK and Germany," he said, adding: "If you say you're going to sell 400,000 units a year, you put pressure on it."

There's still life yet for the Kia Picanto, despite the ongoing demise of the city car segment. Kia UK boss Paul Philpott said that while volume is likely to be reduced from 18,000 units in 2019 to 12,000 in 2020 in order for Kia to meet its EU-set CO2 emissions targets, there is a definite future for the Picanto in the UK. 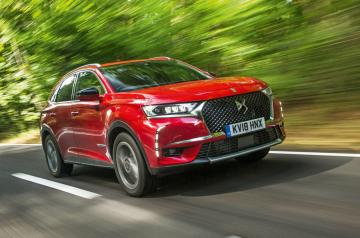