Steve Cropley: Now's the time to buy an EV online

In this week's automotive adventures, Steve explores buying an EV car online, appraises a (virtual) Austin Montego facelift and exhorts you to take a snap of your car - one: it's a nice keepsake; and, two: you never know when you'll want to look back on it.

This might just be the right moment to buy your electric car online. Three weeks ago, there were none available: I walked into a Kia dealership in Swindon to ask about an e-Niro and the bloke behind the desk (who didn't bother standing up) told me he could probably swing six months' delivery as a favour to a stranger. In dealer speak, that means nine months. However, as I write now, there are five e-Niros available on Auto Trader, at mileages from zero to 10,000, without premiums.

There are also dozens of R135 (latest) Renault Zoes for immediate delivery. Until recently, it was impossible to get a Hyundai Kona Electric : take your choice now. And before you go to Auto Trader for a Tesla Model 3 , there are 31 available from stock: 17 Standard, 11 Long Range and three Performance.

My choice? A Zoe for the household or a Model 3 Long Range, with its four-wheel drive, 350-mile range and 0-60mph in 4.4sec. Can't see myself paying Elon an extra £9000 to shave another 1.2sec off that already-blistering time. Bigger question: would I feel right ignoring all the pristine Porsche 911 Carrera S (997 generation) that are available for £10,000 less? 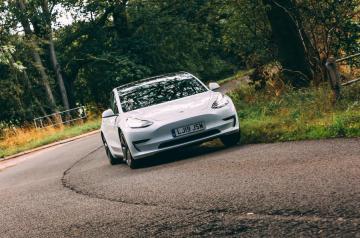