It's been a long month and change for most Americans, and by no means is anyone out of the woods, either employment-wise or health-wise. Same goes for new vehicle sales, which remain depressed after falling off a cliff in late March.

The difference now is that sales are rising .

Not on a year-over-year basis, with gains made over "normal times" tallies. No, nothing like that. But they have started a slow climb out of the pit after hitting rock bottom, which represents another brick laid on the pathway to normality.

Always the cheerful optimists, we are. Sunny, even.

In its weekly look at the U.S. auto industry's journey into runaway viral madness, J.D. Power published data showing sales down 48 percent below its pre-virus forecast for the week ending April 19th. Sounds bad, but it's actually the third week in a row to show slight improvement.

A week previous, sales fell 51 percent below forecast. A week before that, 55 percent. The last full week of March showed U.S. sales down 59 percent below forecast. So, a slow recovery is underway, helped along by an easing viral situation in certain regions and the passage of laws allowing remote sales in states that previously forbid the practice, Michigan allowed online sales earlier this month, with Pennsylvania going this route on Monday (after the latest reporting period).

It's worth noting that, at the end of March, five U.S. states outlawed any and all forms of dealer sales. In the week ending April 19th, 44 percent of the country's dealers remained open, with 56 percent offering online or remote sales.

After a near-total cratering of sales in New York City and Detroit at the beginning of the month, the two markets are now on the rebound, with NYC down 77 percent last week and the Motor City down 85 percent. Normality will not occur overnight. Resilient markets like Phoenix and Dallas, which served as bright spots in the the past weeks, saw their sales tallies improve further, with drops vs pre-virus forecast of only 14 and 20 percent, respectively.

Like in previous weeks, the large pickup segment outpaced all others in its stability, but growth in sales elsewhere lessened the gap. In fact, large pickups declined 16 percent below the pre-virus forecast last week --- the segment's worst performance in weeks. Meanwhile, small SUVs saw their sales vs forecast rise from negative 62 percent at the beginning of the month to negative 44 percent. Compact SUVs saw a smaller climb, to 57 percent below forecast.

Even compact cars, the hardest hit of the Top 5 segments, saw a mild improvement in the past week, with volume growing from 65 percent below forecast on April 5th to 60 percent below on the 19th. Small victories, and all that.

Meanwhile, the five premium segments all recorded improvements, though not one of those segments has crossed to the happy side of the 50-percent-below barrier. At this point, buyers seem more reluctant to purchase a high-end vehicle versus a mainstream one.

Elsewhere, other trends are underway. Like the fact that average transaction prices have dropped two weeks in a row as large, big-bucks pickups make up a smaller slice of the retail mix amid rising sales in other segments. ATPs are down $600 from two weeks ago, and incentive spend per unit has decreased in kind. At an average of $4,700 per vehicle, it's still near the record high set earlier in the month.

Why such a small decrease in incentive spending despite a lower share of pickups? Non-Detroit Three automakers have picked up the spiff torch, dropping cash on the hoods of vehicles in a bid to spur consumption.

As the retail mix evolves to a more normal blend, sales of non-premium Detroit Three products still outrank "imports" 46 percent to 43 percent. That's the closest the two sides have been since the week ending March 22nd, when the two matched in terms of volume.

Another trend? The percentage of new leased vehicles continues to climb, to 26 percent of sales last week, after falling to 21 percent at the end of March and beginning of April. Normal leasing figures are 32 or 33 percent. Meanwhile, the number of sales financed with look-over-here zero-percent/84-month loans has fallen slightly, from 22 percent to 19 percent in that same period. 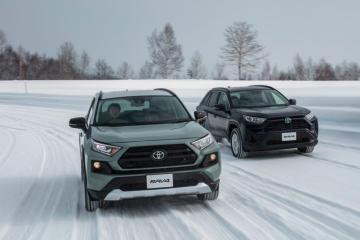