Keep calm and publish: Autocar in times of crisis

The Autocar archive covers a century-and-a-quarter of motoring We produced many stories on army driving and fighting vehicles during the world wars There were widespread strikes in Britain in 1973-74, and Autocar was forced out of print for 19 weeks as a consequence Autocar returns from its enforced hiatus Editorial pieces and advertisements talked hopefully of peace returning throughout the Second World War Great War showed reliance on imports to be a vulnerability Lessons in arranging an album, anyone? Goodwin was pleased to discover just how resilient we have been Car sellers worked extra hard to flog models in choppy markets Ads often boasted of firms' combat roles As-new SS Jaguar could be yours in 1940 for the equivalent of £16,640 Wide-ranging impact of the oil crisis was felt around the globe Only strikes in 1926 and 1973-74 have stopped us printing

We're carrying on. Of course we are; we always have. Autocar has witnessed a lot of world events and disasters during its 125-year life, but we've continued to produce a weekly magazine throughout.

The Autocar was just a few years old when the Second Boer War broke out, but a war being fought in South Africa didn't have much of an effect back home. Anyway, there were only six privately owned cars in Britain when the magazine was first published, and I doubt there were that many more while the Boers were being beaten.

Only twice in its long history has Autocar not made it onto the shelves. There may be a few readers who were alive during the first occasion but probably none who will remember it or whose own reading was interrupted. Guessed it? It was during May 1926, when the General Strike brought the country to a standstill. Still the only general strike ever called in the UK, it ran for only nine days until the Trades Union Congress and Stanley Baldwin's government managed to come to an agreement. Three issues of The Autocar were lost.

The second occasion many of us were around for, and I'm sure a great number of you remember being starved of your favourite motoring publication. We're talking about the 1973 fuel crisis and the three-day week. Power cuts, sharing baths and, as remembered fondly by this writer, school lessons by candlelight. The miners were on strike and so too were the printers. The latter caused the longest absence from the shelves in Autocar's history: an outage that ran from 15 November 1973 until 23 March 1974. The print unions had achieved something neither Kaiser Wilhelm II nor Adolf Hitler could.

It's amazing that not a single issue was missed during either the First or Second World Wars. Paper could have been a problem, certainly in WW2, because it was strictly rationed, but titles such as The Autocar and Motor Sport were considered important for keeping up morale (hopefully we're doing the same today) so were allowed to keep printing. 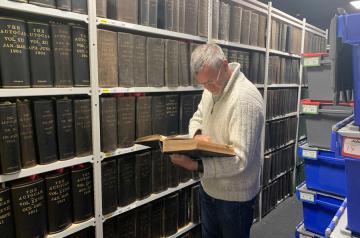