It shouldn't come as a great surprise that one of the most hotly debated automotive chassis technologies originated in Japan, a nation whose residents appear to be born with a fascination for high-tech gadgets and gizmos.

Active rear-wheel steering was introduced in 1985. Fittingly, it made its debut on the Nissan R31 Skyline , a car as synonymous with innovation as noodles are with ramen. However, the technology was popularised by the 1987 Honda Prelude , which was sold globally.

The benefits of active four-wheel steering were highlighted early on by American magazine Road \& Track. In 1987, it took a Prelude 2.0Si 4WS, laid out a slalom course and pitched the Honda against sports cars from Chevrolet , Ferrari and Porsche . The humble Japanese saloon beat the lot of them.

As with so much innovation, the novelty value of four-wheel steering diminished as the years passed by. At the same time, insurers grew wary of repair bills -- any car equipped with the costly hardware faced big repair bills if hit from behind. Rear steer systems faded away.

Until, that is, engineers realised that as cars of all shapes and sizes were getting larger and heavier, active rear-wheel steering systems could help make them more manoeuvrable, be it in a car park or around a race track.

Here are 10 highlights, past and present, of models that belonged to the rear steering committee. 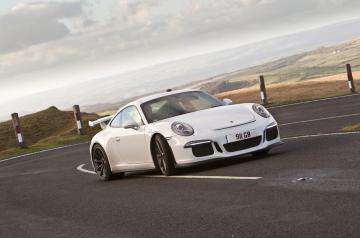