The thieves acted very smoothly and quickly, as you can see by looking at the video camera from the grocery store.

A pandemic is a pandemic, and crimes have not been canceled. Over the weekend, in the Sverdlovsk region, attackers unconventionally stole an ATM from a grocery store. It happened early in the morning in front of the astonished employees. It took only twenty seconds for the robbers to commit the crime, and the tools were a cable and a car with its license plates taped up. The moment of theft was caught on a security camera.

Pulling the ATM out of the hall, the attackers took it to an unknown destination. Later, a local resident found a gutted terminal in a wooded area. How much money was there is not reported, but it is known that it was the only ATM in the village of Kosulino.

The investigative and operational group of the police and a forensic expert from Yekaterinburg are investigating the circumstances of the incident. Attackers "Shine" article 161 of the criminal code (robbery). 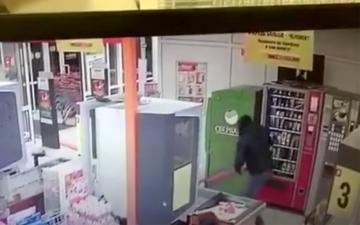