Rivian and Ford Motor Co. are nixing plans to deliver a jointly developed Lincoln EV. Despite Lincoln President Joy Falotico saying the model would deliver one of the most tranquil and luxurious driving experiences on the planet back in January , Lincoln told dealers on Tuesday that development would be scrapped.

Ford invested $500 million in Rivian last year. The collaborative project was intended to deliver a high-end, battery driven vehicle built on the "skateboard" platform underpinning Rivian's R1T pickup and R1S SUV. Had the project not been taken behind the shed and shot this week, an assumed mid-size Lincoln crossover would have arrived in 2022.

Official reasons given for the cancellation thus far include naming the coronavirus pandemic and shrugging.

According to Automotive News , the rationale issued to dealers was simply the "current environment." When pressed for clarification, Ford said that it remains committed to the EV startup and ensuring that electric vehicles are added to Lincoln's lineup. It also noted it still wants to use Rivian's skateboard platform on another vehicle.

Why it can't be the vehicle initially planned is up for debate. While the health/economic crisis has certainly delayed a number of product launches, this is the first outright product cancellation we've seen.

The Bronco Sport, an Escape-sized off-roader, will start rolling off assembly lines at Ford's Hermosillo, Mexico, plant on Sept. 7, nearly 60 days after the original July 13 target, according to supplier information obtained by Automotive News .

It's unclear how the virus has impacted other vehicles, including the upcoming Bronco SUV, F-150 pickup and Mustang Mach-E crossover.

Ford CEO Jim Hackett, speaking last month on a Detroit radio station, said the virus was not likely to have a significant impact on the launch of some of Ford's biggest models.

"It's had an effect, but it's not going to dampen our spirits about how all these great new things have to come to market," Hackett said. "If they're a month or six weeks late, I don't think anyone would think we fumbled there because of the virus."

Before we place all of the blame on Ford, Rivian has also had to delay production of its own products on account of the coronavirus. In April, spokesperson Amy Mast said the brand's product launch would have to be pushed back until 2021. With no "skateboard" to build a Lincoln body atop of, Ford may have simply not liked the shape of things and pulled off to ask itself the $500-million question of how it intends to work around that. Cash burned during the automaker's production shutdown, combined with virus-stricken sales, can't be ruled out as a motivating factor for shelving the project. 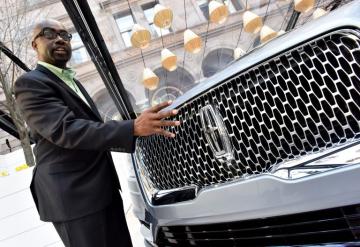