General Motors, defending itself against a report that claimed federal investigators were looking at the company's involvement with the United Auto Workers in a corruption probe, said the U.S. attorney's office in Detroit has confirmed it is "not a target." A spokesperson for the U.S. attorney's office confirmed that GM is not "presently a target of an investigation" and declined any further comment.

The company sent Car and Driver the following statement on Friday, May 1: "Recent media reports suggested that General Motors may be a focus of a 'newer front in the years long criminal investigation' being conducted by the U.S. Attorney' office in Detroit. This is simply not true. GM is not a target of the government's ongoing investigation. The U.S. Attorney's Office in Detroit officially confirmed this to GM."

On Wednesday, the Wall Street Journal published an exclusive story that said federal agents had been interviewing "both current and former GM employees" and that they have "raised questions about interactions between GM's top bargainers and their counterparts at the UAW," relying on unnamed "people with knowledge of the inquiry." Specifically, according to the WSJ, those interviews and additional subpoenaed documents were related to the GM-UAW Human Resources Center, which is partly funded by GM but run by the UAW as a separate entity from GM.

GM said the investigation into the union's HR center, which has been ongoing since the Justice Department opened the UAW probe in 2017 and led to the convictions of three UAW reps, does not implicate the company and that media reports are "simply not true." 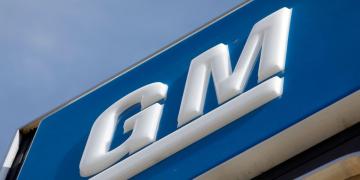