The Volkswagen Group's plans to bring a small, low-cost electric car to China are being reconfigured after news that Spanish automaker Seat will be postponing its entry into the China market, Automotive News reports. Seat was to join forces with the JAC Automobile Group, a Chinese state owned automaker.

Volkswagen CEO Herbert Diess has talked about the group lowering the price of EVs to help increase adoption and give lower-income shoppers the ability to get in on the new powertrain. One aspect of that plan was to enter China's competitive EV market with a Seat. Unfortunately, the Chinese government has reduced incentives for electric vehicles, and the result is fewer EVs being sold. Throw in the coronavirus outbreak and potential recession, and the chances for profit in the region are dwindling.

With Seat bowing out of the market for now, it's unknown what part of the VW Group will take the automaker's place in China or when that will happen. Automotive News reports that a source close to Seat says that Volkswagen itself will take the lead in China with a VW-branded low-cost EV.

A Volkswagen spokesperson told Car and Driver that the automaker doesn't comment on media speculation.

There's no word on how this development will affect a potential low-cost EV from Volkswagen in Europe. All future electric cars from the Volkswagen Group will be based on the MEB platform, which can be adjusted to fit more or fewer battery packs to a vehicle. A small EV would essentially have a smaller pack (and shorter range) than the upcoming ID.3 or US-bound ID.4 SUV to save on cost. 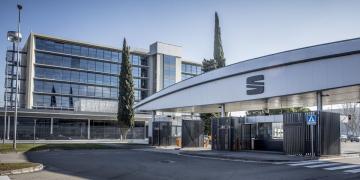