New data released by the RAC shows that car use across the UK is steadily increasing despite the lockdown still being in place.

The breakdown provider's findings are based on data taken from its insurance division's black box monitors, breakdown recovery rates and click rates for its online journey planner platform.

It says that last week (30 April to 7 May), compared with the second week of lockdown (27 March to 3 April), 11% more cars were on the road, covering 23% more miles daily. Its figures are backed up by an increase in breakdowns: RAC patrols responded to 18% more callouts last week.

An increase in web traffic on the RAC Routeplanner website has also been observed, with the highest number of users since the lockdown came into effect recorded on 5 May. This marked a 16% increase on the previous Monday.

A corresponding survey carried out by the RAC found that 41% of UK drivers are using their cars more frequently now than they were in the early days of the lockdown. Of the 1534 drivers asked, 23% said they were driving to buy food and groceries, while 9% said they were using a car for trips to pharmacies or to buy essential supplies.

Some 5% admitted to taking their car out specifically to buy alcohol and another 5% said they were driving to DIY shops, which were included on the government's list of 'essential' businesses that were allowed to remain open.

Although all but essential travel is banned , 4% of drivers have been driving away from their homes to exercise, which matches the number of people using their cars for work purposes. An additional 1% are claimed to have just been "taking their car solely to give it a run".

The organisation's head of roads policy, Nicholas Lyes, said: "There is now mounting evidence that people are venturing back out in their vehicles for more essential, as well as arguably non-essential, journeys. This perhaps is being driven by lockdown fatigue and boredom, while the sunny spring weather might also be enticing drivers back into their vehicles.

"Additionally, some who are indoors might have chosen to carry out home maintenance and DIY so have taken an opportunity to visit DIY stores that are now open."

Lyes reminded road users of the nationwide stay-at-home directive that means cars should be driven as infrequently as possible and then only for essential purposes. "The question drivers should ask themselves before venturing out," he said, "is 'do I really need to?'." 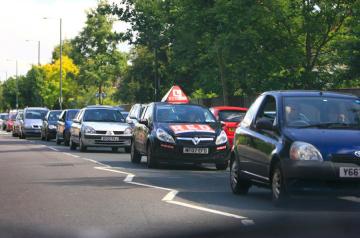