Motorsport hasn't been particularly engaging of late. Formula One seems to have lost the ability for a scrappy upstart to snatch victory away from a more-established team in even a single race and constant rule changing hasn't helped anything. NASCAR, which intentionally tries to run much closer races, has similarly sabotaged itself by trying to obtain mass appeal. Both also suffer from a deficit of strong personalities piloting the vehicles and cars that are arguably much easier to drive than their forbears, making for fewer wild moments and less serious injuries.

All of this has sent your author back into the loving safety of the World Rally Championship and World Endurance Championship (along with MotoGP). However, the latter form of motorsport may be in danger of losing the oldest race in its playbook --- the 24 Hours of Le Mans. While not yet marked for death, the event saw Porsche pull out last week. Subsequent reports indicate that Chevrolet is doing the same; as usual, the coronavirus is behind it all, and it does not bode well for the race's long-term health.

According to Racer Magazine , Corvette Racing is withdrawing the new mid-engine C8.Rs from September's event. With the Porsche GT having done the same just days prior, we might see more teams follow suit. If so, odds are strong that Automobile Club de l'Ouest (ACO) will simply cancel this year's race. But we're still months away from Le Mans, with there being a decent chance that organizers having confidence that things will be different by September 19th. That presumes, of course, that the health crisis is the only thing factory teams are worried about... and that's not the case at all.

Both withdrawals come in reaction to the impact made by the coronavirus. With numerous furloughs and layoffs affecting the domestic and international auto industry, the calls to cut expensive international marketing campaigns like those involving trips to Le Mans fits the need to reduce expenditures.

ACO also reportedly knew about the change in plans weeks before it was made public. That would seem to indicate that it wants pullouts to remain on the lowdown in hopes that other teams aren't spooked out of competing. We're simply speculating here, though not without circumstantial evidence.

Originally set for June 2020, the pandemic forced ACO to move the race back until the fall. Some firms may not wish to deal with the resulting complications. In fact, General Motors even cited it as one of the main reasons it pulled the Corvette team.

"Corvette Racing has a long history of competing at the 24 Hours of Le Mans, so our decision to not participate in this historic race this year was not an easy one," said GM's motorsport and performance head, Jim Campbell, in a statement. "Several factors played into our decision, including current conditions and the rescheduled timing. We're proud Corvette Racing has been invited to the 24 Hours of Le Mans over the past 20 years and regret that we won't be participating this year. We hope we have the opportunity to race at Le Mans again." 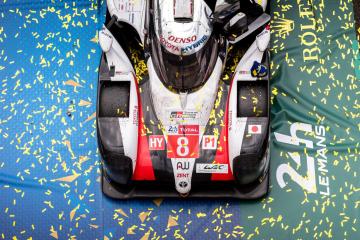