posted at the Cohort by John Cockerell

Evan, I look at it the other way. Changing a model every year seems to have been such a stereotypically American thing to do. Rich Americans, and all that.....

During the time of this Kingswood, Aussies came the closest to having a US-style model year. Holden sort of panicked when the Falcon and Valiant arrived. Rather than leading the market and having the same basic model running forever, they changed models more frequently, as Ford continually upgraded and strengthened the Falcon and Chrysler rebodied the Valiant more or less following US lines. Our economy probably helped too. Everyone seemed to have a job.

But by the late sixties, models seemed to change almost every year. It was a great period to live through; peak Aussie car in many ways. Some folk found it hard to keep up with all the changes. But after '71-72 things slackened off again. I'd imagine that was at least in part due to the expense of tooling up all-new sedan, wagon and LWB sedan bodies (HQ for Holden, XA for Falcon, and VH for Valiant), and adding the expense of coupes, in both short and long wheelbase form for Chrysler. And the expense of producing smaller models as well, as the Big Three grew too big for many.

I reckon the kitty must have been empty after all that. Model years stretched out again. 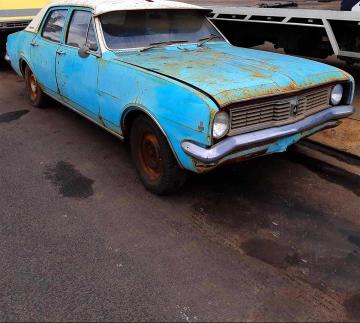